“You have the power to stretch reality to fit in to your dreams.” 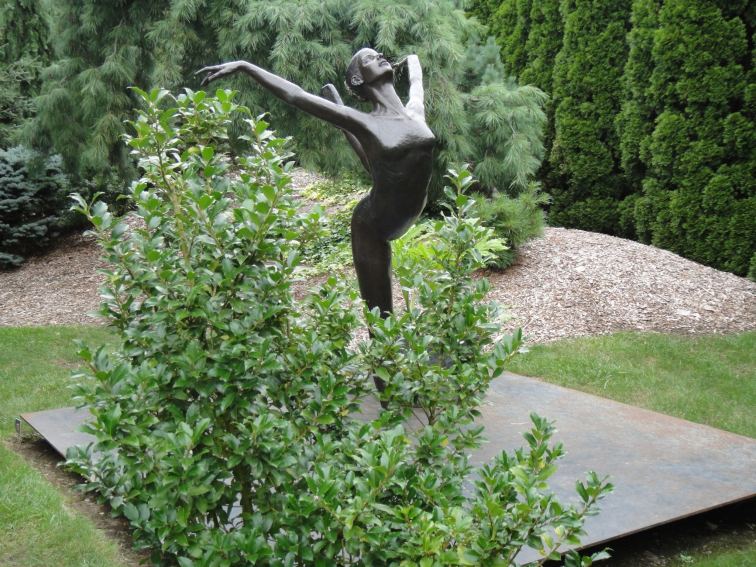 I love the statue depicted in this picture. It shows a woman perfectly poised on one foot, stretching out her limbs. Her posture is graceful like that of a dancer, and she faces skywards. I would love to adopt this woman’s stance, not just physically (although it would be interesting to balance myself the way she does), but figuratively…I would love to capture her spirit and  make it my own…

To me , this statue depicts an open mind willing to accept new ideas, willing to let the imagination soar; an open heart willing to give freely and spread love around; and open arms willing to embrace every living experience that the universe throws at her.

Unfortunately, such openness requires courage that not all of us think we possess. Instead of opening up, we get wrapped up in our fears and insecurities, and thus close all doors…we prevent new ideas from reaching us and get sucked in the whirlpool of our prejudiced thoughts. The lack of fresh air distorts our existing ideas, and we get completely enslaved in the quagmire of our deformed notions.

The outcome– fundamentalism, terrorism, ISIS and Taliban….The members of these organizations have shut their minds to external ideas, and follow their warped ideas, which leads to them committing gruesome crimes including murder of women and children.

I have described the worst case scenario, but we all probably know people who are stuck in a rut, unchallenged and uninspired. This statue is for all such people (of course that includes me) who need to stretch out; stretch their imagination and their limits!