“Money is the barometer of a society’s virtue.” – Ayn Rand 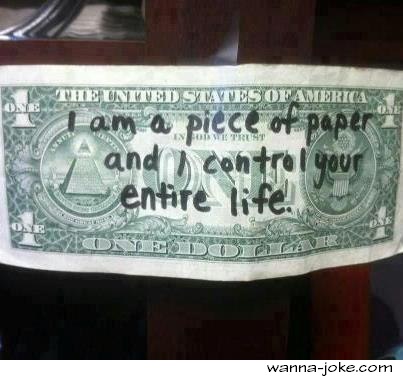 If we woke up one fine day

To find money has gone away

Disappeared, vanished from the face

Of the earth to a black hole in space

Do you think we all would go berserk?

Money is the reason why many of us work

In uninspiring, insipid jobs all our lives

Where would the motivation for mundane jobs arise?

Without money people would soon realize

There is no merit to doing a job uninspiring

Not getting rewarded for work that is tiring

Might lead to mass quitting, no one would stay

The complicated systems devised over centuries

Would degenerate, modern institutions would cease

To function, and mankind would need to return

Gradually to a primitive state, would need to relearn

How to live in a society, of money devoid

Learn again how life can be enjoyed

Without the power of money dominating-

But here’s what I think-eventually would be found

A substitute for money, with its influence equally profound

This is how I think things would unfold

This post is a part of Write Over the Weekend, an initiative for Indian Bloggers by BlogAdda.