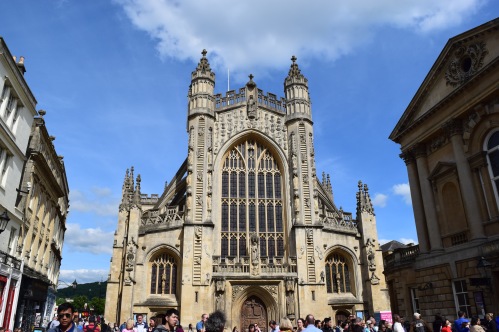 They prayed in churches

They prayed in mosques

They prayed in temples

They prayed in synagogues

They identified their God

They took their pick

To which they would stick

Had fights in the name of religion

That God Himself could not prevent

As they continued to fight

Fate threw them a challenge

Those alive feared they would go down

So they prayed to their God fervently

The floods washed away differences

Of religion, temporarily at least

The storm had no preferences

In devastation it was a secular beast

Stripped down to necessities bare

What emerged was pure humanity

People helped each other everywhere

Rebuilding after the calamity

The flood waters receded, the town

Was rebuilt after months several

Once all the inhabitants settled down

They went back to their old squabbles

All were restored to their former glory

Different groups found their own demagogues

To give a religious angle to this story

Similar scenarios have played out

Over centuries, again and again

But united they never seem to remain..

One thought on “Where do they pray?”