“To succeed in life you need two things: ignorance and confidence.”– Mark Twain 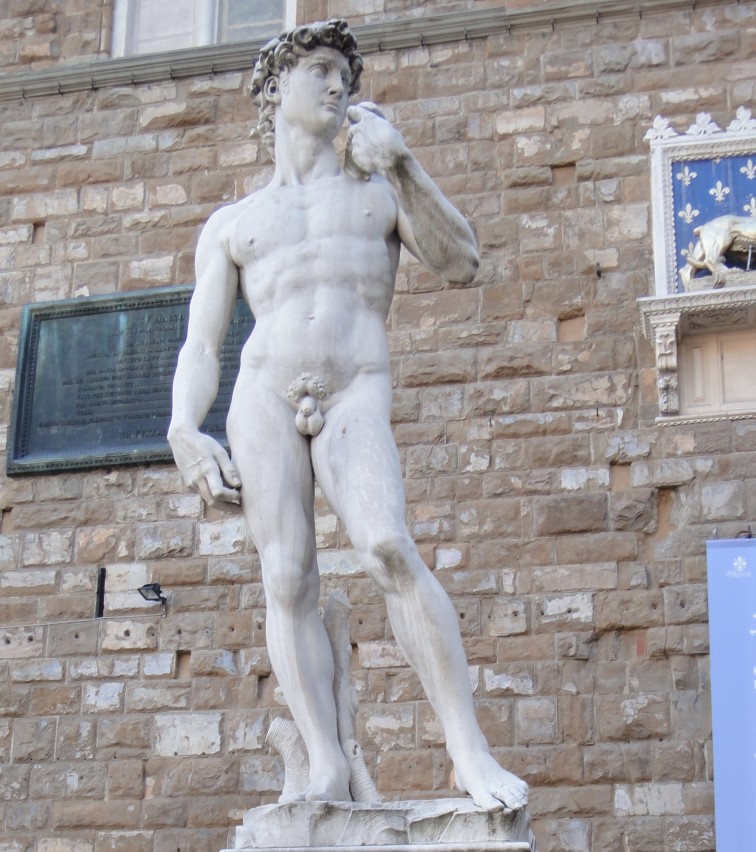 Replica of the famous statue of David by Michaelangelo in Florence, Italy (the original is at Accademia in Florence)- to me, this statue depicts a supremely confident man

I never realized until fairly recently how astutely Mr. Twain had nailed the secret behind success…How could being ignorant lead to success? Agreed that confidence could..

However, now I see plenty of successful people who possess both these qualities. They  can pull off anything by virtue of their confidence, despite being ignorant. Basically what I’ve figured out is that most people are not really paying attention to what you say, so mumbling something hesitantly, even though you are correct, does not work as well as saying something outrageously wrong or untrue with a dash of confidence…

I must admit that I am not a very confident person. For me, confidence has to be borne out of knowledge. I  lack a capability of fibbing confidently. As a result, I am usually unable to impress people when I meet them briefly (not good when you consider scenarios such as job interviews), but do much better with prolonged contact with people, where they can see my confidence emerge naturally in the wake of acquiring knowledge.

Of course, ignorance has its advantages. It makes one less inhibited and more likely to take chances, which may result in success. As a corollary, sometimes  the fear that accompanies knowledge can be crippling.

At the end of this rather boring monologue, here’s another resolution for 2015- To build up confidence! 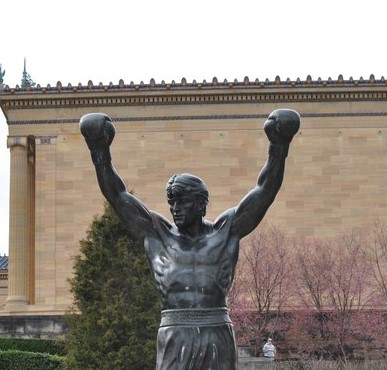 Statue of Rocky in Philadelphia- again symbolic of confidence