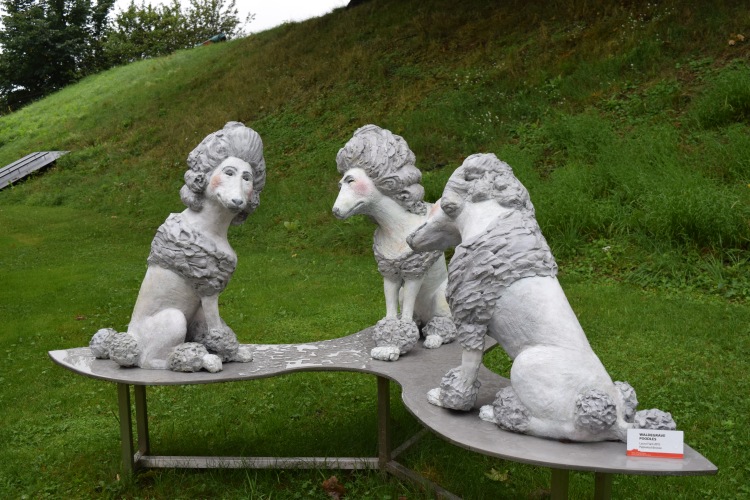 Born with a natural inclination

From the time she could sentences write

Pen and paper made her jump in delight

Soon she started jotting down stories in long hand

Some simple, others too abstract to understand

If you met her, your peculiarities she would file away

In a nook of her brain, to be liberally used one fine day

When the tale she was weaving and your traits

Aligned together in a path straight

Everything she observed, nothing escaped her eye

She could not be fooled with the most convincing lie

Fact merged with fantasy, as masterpieces she created

She wrote with a zeal quite difficult to find

Her novels and real life merged somewhere in her mind

While all novelists tend to derive inspiration

From real life, embellishing it with their imagination

She on the other hand, tried to orchestrate

Events in her life such that they would imitate

Well-defined endings of the novels penned by her

Much to the chagrin of those near and dear

In the twilight years of her life, she had achieved

Fame and popularity, much more than she could have believed

Life had been treating her well until the day she found

That she had the dreaded cancer, it was a blow profound

She kept this a secret, and wrote with a sense

Of urgency, about living with cancer through her lens

She knew her days were numbered and thus the hurry

To finish her last novel, she did constantly worry

That her exit from life would be quite sudden

Leaving her soul in a limbo, stuck in her pen

She ended her novel, words saturated with certitude

Bidding a final adieu to her readers, she sat in solitude

The final step in her life would be to organize

Her exit from this world, in a way that would surprise

Everyone, give people, besides her books, a reason

To remember her through many a season

She wanted to do this before she fell prey

To the vicissitudes of cancer one day

And needed to be drugged to control her pain

She planned her departure while she was still sane

Her book was released and the following day

Mimicking the end of her novel in every way

She was found to be dead, having ended her sojourn

On the earth herself, leaving hundreds to mourn

With a pen and paper beside her, the sheet pristine

What an extraordinary life it had been!

She wrote her novels and made them her guide

She was an open book- with nothing to hide.