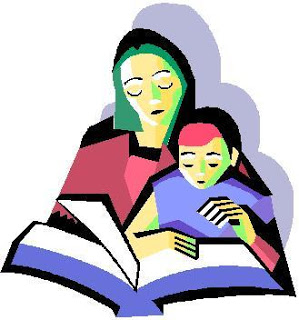 The term “Tiger Mother” comes from the book “Battle Hymn of the Tiger Mother” written by Amy Chua, and refers to a strict disciplinarian mother. The methods of a tiger mother are quite controversial, with many people condemning such a harsh approach to parenting. While the original reference has a cultural aspect to it, in my poem, I do not intend to make any cultural statements. I believe all over the world there are some mothers who push their children to excel, and I think that might not always be a bad thing.

I know the “Tiger Mother” has received
Criticism from everyone for her beliefs
She is a merciless tyrant who does not care
About her child, she is so focused that she is not aware
That her child in trying to excel in every sphere
Is stressed out, stretched thin, living in fear
Of being disciplined by her if he falls short somehow
Of her expectations, no leniency does she allow
The psychological impact of her strict parenting style
She does not realize, is snatching away her child’s innocent smile
Her child is weighed down by expectations unrealistic
He has no opportunity to develop in a manner holistic

This is the critical manner in which we perceive
The mother who pushes her children to achieve
Yet I’d like to say something in her defense
She teaches her children that the essence
Of success lies in hard work and discipline
Such a mother inspires her children to win
Some say this comes at a cost to
The self-esteem of the child, I don’t think that’s true
For when a child sees the fruits of his labor
His confidence soars-that’s a point in her favor
She motivates her children to be diligent, and thus succeed
Isn’t success what we all want for our children indeed?

No I am not saying all mothers should try
To be tiger mothers, the idea would not fly
Some parents bring their children up to do
Whatever interests them, keeps them happy too
That approach works well, I do agree
I just think that’s not the only way to be
It takes all kinds of parents and their techniques
To create diverse adults with qualities unique!