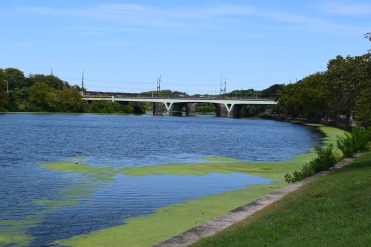 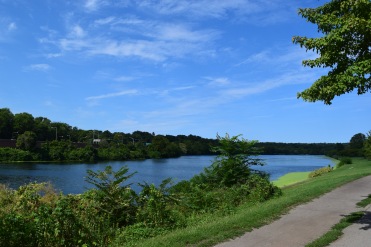 Fed on a steady visual diet
Of facebook, instagram and pinterest
Watching photographs of jaw-dropping scenery
Of amazing places in far-flung countries
I thought that everything worth exploring
Needed an air-ticket, places around me were boring
My city, after all, could not compete
With a volcano in Hawaii spewing heat
So every weekend I would in self-pity wallow
Looking at travel pictures of friends that I follow
On social media, thinking how most of them
Were in locales exotic, whereas I did not know when
I would get a chance to plan a vacation-
Time off, finances etc. would make that determination

One day I decided to venture out
In my city with my camera, without
Any expectations, there were no surprises, after all
But..I was wrong- I found on my leisurely stroll
Amazing vistas, the familiar riverfront showed a difference
When captured this time with my lens
And I was reminded of how beautiful it had appeared
When I had first moved here, now the magic had disappeared
Then I realized it was a matter of perspective
I could find something new if I wanted, or live
Each day wishing to be elsewhere
And, unable to do so, spend my weekends in despair

So the road well traveled showed me sights new
With pictures that were instagrammable too!