Nomophobia- the fear of being without a cell-phone 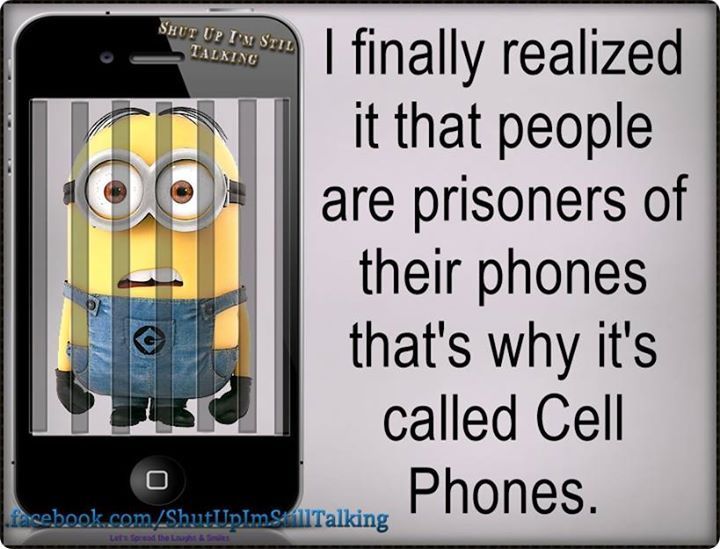 “Cell phones are so convenient that they’re an inconvenience.”
― Haruki Murakami, Colorless Tsukuru Tazaki and His Years of Pilgrimage

The skies crashed down on me that day

The axis of my earth began to sway

The day I committed an error of omission

What an error it was-I had no premonition

Of the anxiety and grief I would go through

Not to mention profound guilt too-

On forgetting to take my mobile phone

To work- I felt stranded, I felt alone

Unable to communicate with anyone

Anxious about missing texts in dozens

Afraid that I was needed urgently somewhere

To attend to a patient, and I was unaware

I remembered I had a pager with me

(With messages forwarded to my  phone automatically)

That solved one problem, e-mail was the next issue

I had to see patients, I could not sit glued

To a computer, so I found myself gravitating

Back to a computer innumerable times, hating

Myself for the compulsion to check e-mail

I tried counting, deep breathing, to no avail

I spent the day in a mental fog, I think

Not until I got home I allowed reality to sink

United with my phone, I realized that day

That I was addicted to my phone, to my dismay..

When I went over the events of the day, it was clear

I was inconvenienced, but my irrational fears

Were never realized, it was possible to function

At work without my phone, unlike my first assumption!