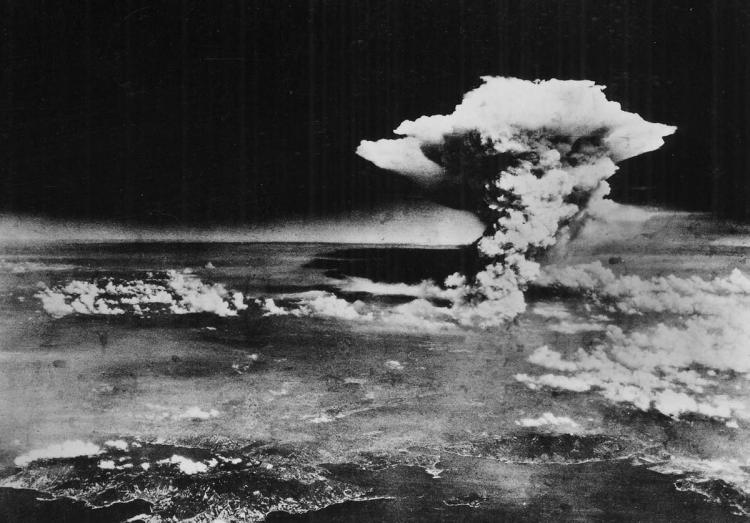 “Twas a day seventy years ago

When driven by the war’s fervor

In order to make the enemy surrender

Of domination, to satisfy the victor’s need

An atomic bomb was dropped, killing all joy

In the city of Hiroshima, with an explosion loud

Because greed does not limits seem to know

The “Fat Man” charred Nagasaki in an instant

Since then, the destructive potential of nuclear power

Has made the mighty tremble, made nations cower

The enemy surrendered just as expected

The entire world though, did not stay unaffected

Spawned an era of mistrust, of constant fear

Decades of  hostility among nations started from here.

The cold war it spawned for millions to remember

The “Arms Race” began, no one stopped to consider

The consequences, the responsibility to mankind

Each country was driven by fear that made them blind

Never again should this happen from unbridled ambition…

Hiroshima and Nagasaki have left in their tragedy

For all of mankind, an immortal legacy.